The United Nations’ Sustainable Development Goals effectively highlight a lot of the pressing issues that we, as a society, face today.

Though it might sound cynical, those issues may also present a number of enticing business opportunities. And as soon as we realize that, we can speed up the process of solving them.

“Katapult Future Fest is about sharing that mindset—the fact that you can invest to solve problems, and still make money from it. There’s a burgeoning understanding that this is possible”, says Tharald Nustad. He is the co-founder of Katapult Future Fest, and the founder of Nordic Impact, a company that incubates and invests in social/environmental impact tech startups and impact funds.

If working for a good cause was ever synonymous with giving away money, that’s no longer the case. More and more investors and entrepreneurs are seeing that businesses that contribute to solving such issues, may actually have a competitive advantage.

If that’s to be true, however, there must also be a demand for those kinds of businesses. Obviously, it cannot be taken for granted that society moves in a greener, more sustainable direction. By the looks of it, you should think that it really doesn’t. But that demand really does exist, and that’s at least partly due to a generational shift.

We’re currently seeing a major transfer of money to a new generation—and with it, power.

“From an investor perspective, we see that millennials and younger generations who inherit money, clearly want to make a positive contribution to society—rather than just maximizing profit. It’s most definitely a trend”, says Tharald Nustad. He continues: “What we tell them, is that it’s possible to do both at the same time”.

Trillions of dollars are in the process of being transferred from baby boomers to millennials. Growing up in the 80s and 90s, this generation has been learning about sustainability from an early age, while at the same time too often hearing about (or experiencing) environmental disasters. Many want to contribute to create a better tomorrow, and one way to do it is through impact investment – that is, investments that actively contribute to a good cause while at the same time seeking monetary profit.

A Toniic report from 2016 found that millennials are indeed interested in impact investing, though in many cases they experienced a lack of support from their families, or sufficient advice on how to act on it. Just in that short span of time, however, since 2016, much has happened.

“While most people haven’t heard about impact investment, within major investment banks it’s now starting to become mainstream”, says Nustad—adding that the trend is likely to become truly mainstream, in the wider population, within the next five years.

One obvious area where you can make both an impact and a profit, is within clean energy and alternative fuels. There’s a tremendous amount of innovation and investment going on here, and things are happening even faster than most people are probably aware.

Slowly but surely it’s getting apparent that clean tech and clean energy is not just good for the world—it’s also good business. The price of solar energy is dropping every year, and investments are made both to cut costs and increase capacity. Global output from solar PV has grown exponentially since the early 90s.

“Everyone knows that solar energy is coming, but not how fast, and at what scale. In just 25 years or so, it has grown from a small niche to become an important part the global energy supply”, says Nustad, and adds: “The thing with exponential growth is that once it gains momentum, things can happen extremely fast”.

“The price of solar and wind is falling fast. It’s not just because of the environment that we need to understand this—it’s just as much about the economy”, he says.

Katapult Future Fest and Nordic Impact are based in Norway, a country that’s built its wealth on fossil fuels. Nustad worries that the government keeps investing in oil—struggling, it seems, to let go.

“I think the most important thing for the Norwegian government to realize is that the era of oil is over. They’re investing in a future that doesn’t exist. They’re listening to those who say what they want to hear, which is that we’ll need oil for another 30 or 40 years. That’s probably true, but we won’t need nearly as much as before”, he says, predicting that just ten years from now, oil probably won’t be profitable. 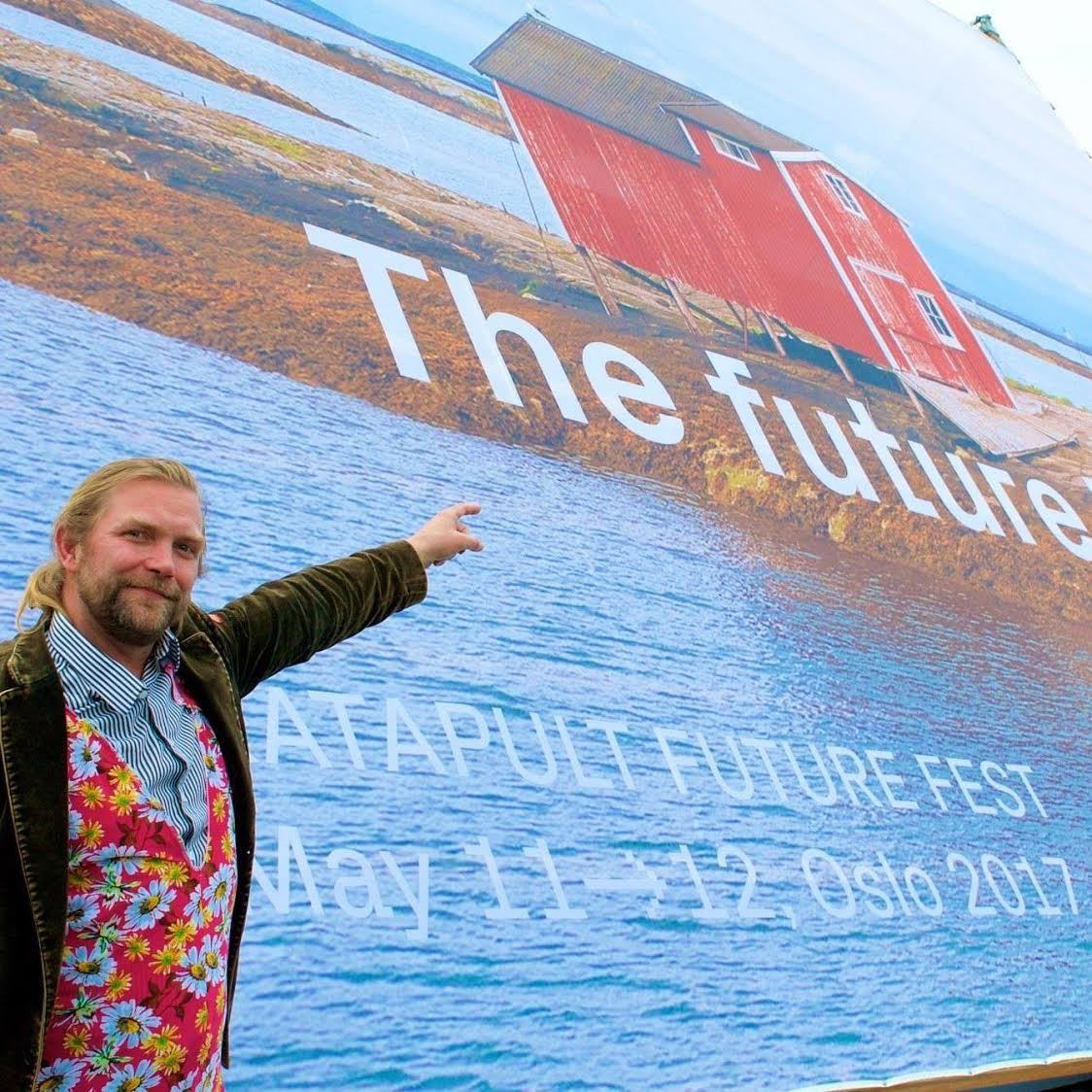 In fact, solar power output wouldn’t have to double that many more times before it would be able to serve all the world’s energy needs.

Obviously, the pace of progress could slow down. It depends on a number of factors, including continued progress in fields such as nanotechnology, which has also seen exponential growth. Not least, it requires lot of investment and lots of hard work.

Nonetheless, investing in sustainable tech and clean energy is no longer something you do simply for ideological reasons, or perhaps to get access to subsidies. You also do it to make money. Rapid innovation and deployment of solar PV now attracts more investment, leading to further progress, potentially creating a positive feedback loop.

Besides clean energy, Tharald Nustad highlights autonomous, electric cars as another huge disruptive force in this area. Other trends that also impact the environment include lab-grown meats, as well as other efforts to reduce the pollution in food production.

The potential is there, both to make money and to make a difference.

“Maybe earlier it would cost you to be kind. Now, it gives you an advantage”, Nustad says.